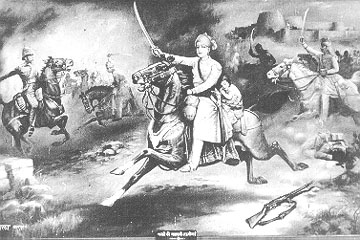 It is interesting to recall that well before the recent spat between writer William Dalrymple and journalist Hartosh Singh Bal, on whether the Jaipur lit fest was one that reeled under a colonial shadow, stripped of any real appreciation of Indian literature by Indians, and was just about craving attention from Anglo-Saxons, Dalrymple, at the time of the release of his book The Last Mughal, had got into another bitter argument with Indian historians about there not being enough literature on the Revolt of 1857 or historical narratives by Indians.

Today, when we have developed our own vaccine, the world is looking at India with hope. As our vaccination drive will move forward, other countries of world will benefit from it. India's vaccine and our production capability must be used for human interest, this is our commitment.

Sports has no colour

100 years of a Delhi education icon